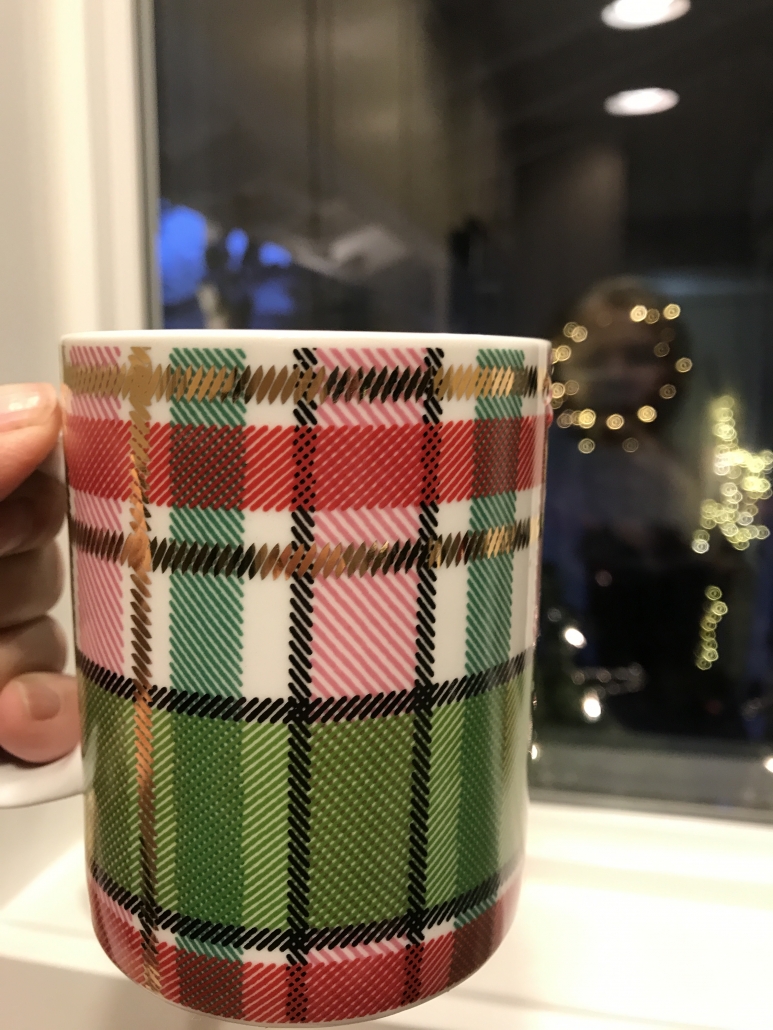 I know this looks like yesterday’s mug, but its slight difference is what attracts me to it. I like the pink that is more dominant in it, than in yesterday’s mug. Had I not hunted this morning, unsure of what mug was going to tug at my senses, I would have overlooked this mug hug.

I’m writing while accompanied by my favorite show, CBS’ Sunday Morning. Mo Rocca is profiled for his book, “mobituaries,” and he’s in Portland for a book signing! That’s my Portland, not the other Portland. CBS Sunday Morning is the perfect show, mixing current affairs from every genre: politics, celebrities, art, literature, and nature, and hosted by a classic: Jane Pauley. I watched the show when Charles Osgood hosted and Charles Kuralt was a regular anchor. They both passed, and when Charles Osgood died, I wondered if I would transition with the new host. I did not transition well when Tim Russert died and left the host seat open. Nothing against Chuck Todd, but I could have married Tim Russert, given the chance. I’ve kind of idolized Jane Pauley since I was young and she hosted the Today Show. Plus, she’s married to a cartoon guy, which makes her even cooler. Sunday Morning is like cream in my coffee, so a double Mug Hug on Sundays.

That’s it for today. It’s Sunday. Our church is an extra blessing during the Christmas season, filled with holiday spirit.

See these links for the introduction of my Twelve Mugs of Christmas!

The Best Part of Waking Up

Day 6 of My Twelve Mugs of Christmas

On Being a Girl

Day 1 of My Twelve Mugs of Christmas
0 replies