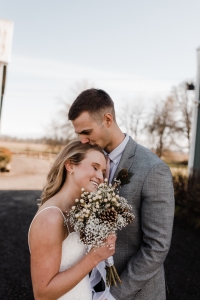 During my talk with Bridgette this afternoon I discovered that this week is NEDA’s awareness week. NEDA stands for National Eating Disorders Association. For several years, I knew almost instinctually when it was NEDA awareness week. I discovered it during conversations at the hospital, or one of Bridgette’s providers might have mentioned it, or because I was reading an article on eating disorders, or maybe like a dog has a nose for a bone, I was in tuned to anything eating disorder related. That’s no longer the case. I’m glad we can celebrate that we are free from the world in which we dwelled much longer than we’d hoped, but today I felt a little guilty that I was unaware of NEDA’s week of recognition.

I recall visions of one day helping the world of eating disorders if we ever had the opportunity. It was a time that consumed us and defined so much of our lives that I was eager to be a resource should anyone ever want one. That is, if we ever got to a place where someone would consider me a worthy resource; as in, recovered. And we are. I’m still eager to be a resource, but our lives have moved beyond eating disorders and knowing the date of NEDA’s awareness week couldn’t have been further from my mind. Praise God. I don’t say that as an ordinary salutation, but with sincere praise and gratitude for the minutes, hours, days, months, and years that He held our hearts in his hands. Seven of them, to be exact. Not that he isn’t now, but I’m happy to say I’ve released my grip a bit.

There are many things that help a person walk the road of eating disorders (or any mental health). I am convinced of a couple of key elements to overcoming an eating disorder, but even with those two factors, I know I could not have succeeded without the Holy Spirit in me. 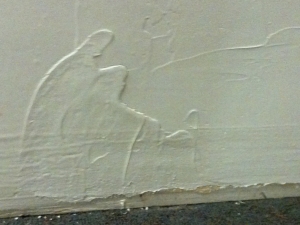 At St. Vincent’s Hospital, just for us.

Bridgette had the great satisfaction this afternoon of being a guest speaker at the St. Vincent’s Eating Disorder program. After years of in and out, we got to know the staff there well. At least 3 of the staff are still there. Working with a team is a very intimate vulnerable experience for the patient and the involved family, so they know the victory as well as we do. She was invited to come talk with both the adolescent and adult programs, sharing the details of the ugliness of her journey with the victory of where she is today. So many people believe that one never truly overcomes an eating disorder, but Bridgette was there to tell them differently.

Just like our behaviors and mind forms patterns of thought when we’re unhealthy, so do our behaviors and mind form patterns when we’re healthy. If one can get themselves to a place of recovery, and live in that space long enough to form new patterns, then overcoming an eating disorder is possible. Do I believe it can return? Yes, I do. Will I live in fear of that? No, I won’t.

As a mom of a now married young woman, I no longer have the same opportunities to observe Bridgette’s behaviors. I have to trust and continue to pray that this behavior is here to stay. One of the two factors I believe are critical (and pivotal) for patient recovery is the involvement of a parent. Some people might call this parent support, but it’s much more than that. It’s not a cheerleader telling your child they can do it. The parent who is involved, scrutinizing the food intake, the meal plans, eating the meals with the child, receiving the blows of the struggling child, etc. is the scenario that will be most helpful to the patient. I pray I will never go through that again. But as her mom, I will always be aware and will risk a harsh reply by checking in with her if I see something concerning. I love her too much not to.

So, we celebrate with NEDA a day of awareness. Eating disorders are serious. It’s not just a really skinny kid who won’t eat. It’s a really skinny kid who won’t eat and is being held captive by lies they can’t overcome. And those lies can kill them. Eating disorders aren’t just anorexia. It includes over eating, binge eating, and more. If you know someone who might need help, contact NEDA, or your local doctor immediately.

Like the first doctor said when I first took Bridgette, completely unaware of what the problem could be, “We’re not playing in the sand. Get help now.” That doctor knew the signs well. Bridgette went in for an evaluation, was admitted to the hospital and didn’t come home for over two weeks. 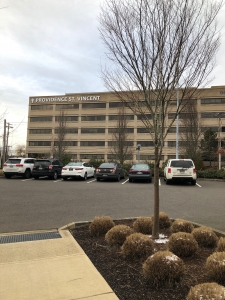 Bridgette took this picture at the hospital today. It was a place she hated and yet the staff there saved her life.

Praise God. He is the bread of life, but we have to eat bread, too!

Bridgette has her own blog about her eating disorder journey. You can find it at:

The Little Notebook in my Purse

If I Can, You Can, When You Ask

The Store is Open for Business!
2 replies