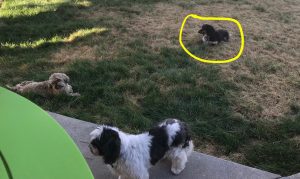 When it was announced that John McCain died last week, I was sad. I wondered if others would feel the same way, thinking about those coming from a liberal stance. I quickly understood that I was joined by thousands who were sad, both conservative and liberal minded people. I learned that one’s political position wasn’t a point of contention when it came to memorializing John McCain. I like to think that the common characteristic of those who were attracted to John McCain was that they were fair minded people who recognized a decent man. Even those who disagreed with his politics appreciated him. His life was an example of a better way. A better way than we are behaving today.

I know there are more than just “a few good men”, yet when we see a good man, he stands out. I think that in itself is why Senator McCain was considered a maverick. He stood by his convictions, and then implemented them in his politics with boldness and decency. He stood apart simply for that reason. A lot of people impose their convictions on us, but the piece that is missing is respect for those who disagree with them. He was an example of 1 Peter that says, “Always be ready to give a defense to anyone who asks you to account for the hope and confident assurance that is within you, yet do it with gentleness and respect.”

John McCain’s death and the sentiments and eulogies illustrated a life that exemplified decency. And for me, I was comforted in my singleness, in that what I hope to have in my life if God allows, is a good man. I don’t think about men much these days. I know that’s about as normal as my dog Winky not wanting to walk or catch a ball. We’re both anomalies. But if I were to get married again (I can’t tell you the caution with which I even write these words) I want a man who stands for something, not for anything. A man who speaks his mind boldly, but with consideration of others. A man who respects his fellow man. A man who knows there is someone greater than he that is in the world. A man who is tender and courageous, and has a passion greater than himself. Maybe I want a maverick! As I look at this list it begins to look like another one of my matchmaker ads, (see the beginning of my Russian Roulette post) almost. I wonder if this wouldn’t scare a lot of men away. Are men (and women, to be fair) afraid of these expectations? Would they think they’re too lofty and unreasonable? I’m not going to submit an ad for a matchmaking sight any time soon. And I would definitely include other important things like, must be willing to do yard work, install a porch fountain, like handy work, and right now I’d be impressed if they could stain a fence.

I wonder how many might think that the “John McCain” traits are for old people. Or would they think, “Of course, I’m that person!” We all like to believe we’re this person. But it takes effort to be this person in today’s world. We’re bombarded with campaign ads that attack people’s motives and character. People shoot off the first thing in their mind without stepping back to consider how it’s perceived, especially by our kids. It’s easy to slip into behaviors that don’t demonstrate decency where it’s common on social media to rant at people of opposing views, inhaling the toxic fumes that seep into our psyche without realizing what we’ve just digested. And what goes in, must go out, so it starts all over. And then we wonder why kids exhibit a lack of respect. Or we discover what an amazing example John McCain was, because he demonstrated such unusual manners of civility.

These traits aren’t just for old people, and they’re attainable by all of us, at any age. OK, that could be a stretch. You might have someone in mind that you are certain will never be a decent person, and you could be right. But lets stick to you and me.

Like Winky and I are anomalies, so is the behavior of a man like John McCain. There were many things in Joe Biden’s eulogy that spoke to me. In particular he pointed out that people would be intrigued by Senator McCain, thinking he was almost from another time. But Joe Biden pointed out that he wasn’t at all from another time. John McCain’s character was ageless. There is not a place in history, in the past or in the future, when we shouldn’t behave decently toward each other. Like we sleep and rise every day, so too should we treat each other with decency and so too should we live our lives in boldness and with courage. Jesus was our greatest example of a good man.

There are so many examples in scripture that direct us toward decency that I can’t list them all. But this passage says it succinctly:

“You, my brothers and sisters, were called to be free. But do not use your freedom to indulge the flesh rather, serve one another humbly in love. For the entire law is fulfilled in keeping this one command: “Love your neighbor as yourself.” If you bite and devour each other, watch out or you will be destroyed by each other.” Galatians 5:13-15

I hope as you read the verse above you didn’t stop before you finished it. It’s the last portion that warns us about the consequences of our lack of decency to each other. God’s word is amazing and prophetic. If ever there was a time to meditate on scripture, to put forth effort to be a good person, this is the time. I didn’t know specifically why I felt the way I did about John McCain. In reflection however I’ve realized that it wasn’t what he said as much as how he said it, regardless of the issue. It was the way he treated others in his impassioned expression of the things for which he stood. He treated others the way he hoped to be treated. He spoke boldly, and he did not bite and devour others. What an amazing example of a good man.

And I understand he had a good sense of humor, which if he were alive he would need since I compared him to Winky. Of course, I am assuming he would have read my blog.

I read a wonderful book a while back called The Kindness Challenge. It’s a great book that provides insight on how to cultivate kindness. The author offers examples that we can relate to and equips us for those over the top difficult justified situations that we can’t get past. If you’re like me, you want to be kind in every situation, but can’t always find it within yourself. This book really helped me with those situations.

I’d like to be a maverick too, and live by Senator McCain’s example. I’m equipped with a super power like kindness, and God’s words of wisdom, so at least I am on the right track. Go Mavericks!

Running Out of Time

Where Do We Put Our Trust?