I’m on a vacation that I’ve named, largely in part to remind me why I’m spending a few hundred dollars by myself and enjoying it. A purpose gives me some justification that eases my spirit if I begin to feel anxious about the money. Gosh, maybe I should keep my receipts. If my writing miraculously becomes a business I could write this off on my taxes. I’ve named this three night jaunt in Cannon Beach, My Writing/Reading vacation. There; documentation in case I’m audited. On second thought, it’s called My Writing/Reading business trip.

Marion Roach Smith and Anne Lamott both command want-to-be-writers (I’m not a “wanna be” kind of gal) to write every day. I miserably fail at that, or I should say, I’m a successful failure. Thus, the need to pay for a place that removes the distractions. I first had a place reserved in Rockaway Oregon, but in the end it didn’t work out. That would have been less distractions than Cannon Beach. My first day was filled with lovely distractions. On my way I stopped at Nehalem Bay Winery. My boss worked there and speaks so highly of it and the people she worked with, so I added that to my get away agenda. 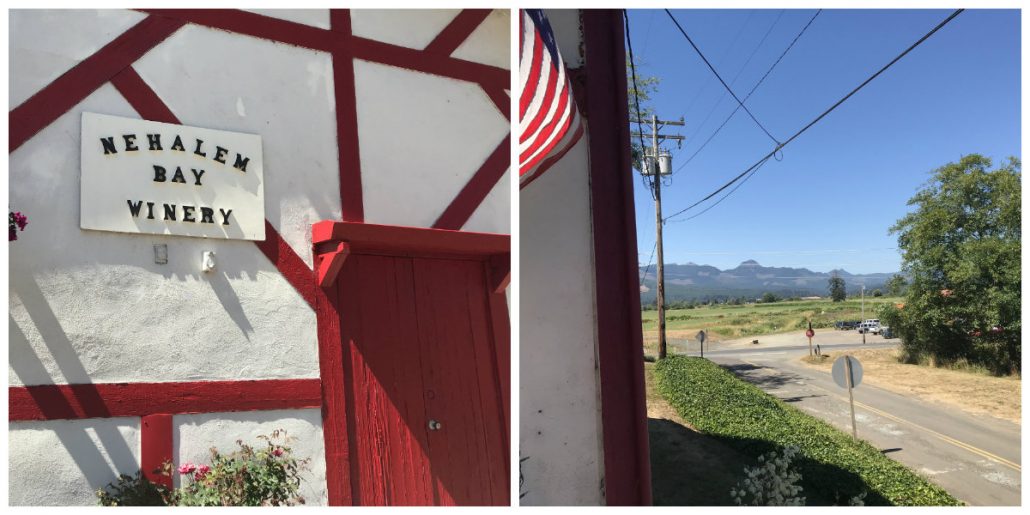 The view from a deck

And then my good friend who has a beach house in Cannon Beach was here, and I decided that since I was already distracted, I might as well commune with my good friend. We ate at a restaurant called Harding Trading Company.  My friend and I shared chicken liver pate and Coq Au Vin with spaetzle. It was only my second time having that fancy chicken and it was so yummy. I considered going again tonight but opted for a slice of pizza and a scoop of ice cream, in case I get audited.

On my drive I played favorite songs over and over, pretending I was Lady Antebellum and Miranda Lambert, just in case I go to a karaoke bar, I’m prepared. My navigator to the Nehalem Bay Winery took me down Hwy 53, which I’d never been on. It’s one of those turns that I’ve passed a million times and have wished I had time to explore. It’s beautiful, rural, and curvy. 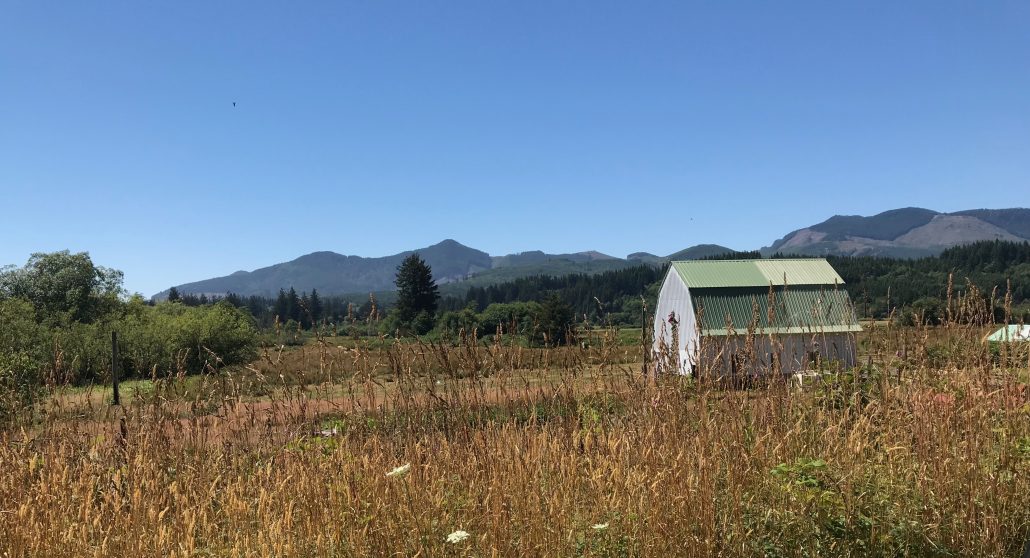 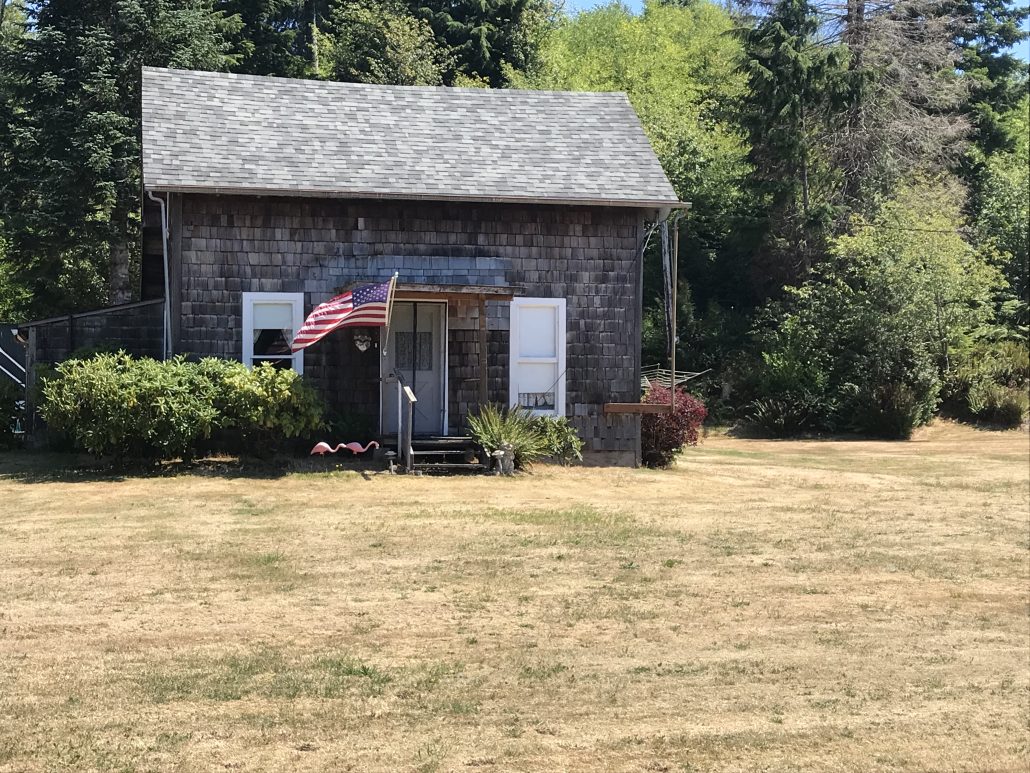 I wondered how Winky was surviving my singing and the windy roads. I discovered that he wasn’t handling it well at all when I pulled off on a road owned by Weyerhaeuser to let him relieve himself. I’m glad I’d left his kennel door open so when he needed to escape, he could.

Ready for potential karaoke performance, it was time to start some good edification with a sermon by Timothy Keller. Yes, the Timothy Keller of the Reason for God. My daughter would probably say I’m obsessed with him. I tend to share things I’m enthused or impressed with, so hence, “I know mom, you’re obsessed with him/her.” I’m “obsessed” with a lot of things.

The sermon I listened to is called The Healing of Anger

The message about anger was beautiful. I’m not going to focus on that message now. But just so you know, it could change your life. Inside of that message was an affirmation I received about parenting that I’m certain I learned from God, my ultimate guidance counselor. God is doing this a lot for me lately. Attitudes that I’m adopting in life are being affirmed, as kind of a nod from Him. As I listened to Tim’s sermon I wondered why God hadn’t sent this YouTube sermon (and other messages I’ve recently heard or read) my way long ago, giving me instant solutions when I’ve been at crossroads with so many options. I’ve had to work hard for answers, and YouTube might have been much more efficient!

But as I think about the process of some of the hard decisions I’ve had to make, especially when it comes to my kids, I needed it to come from God.

That’s not to dismiss the valuable messages and lessons we can learn through trusted friends and leaders. We should seek counsel from others. A favorite verse is Proverbs 15:22, “Plans fail for lack of counsel, but with many advisors they succeed.”

But so often people keep seeking, over and over, looking for the answer. The one that we can digest, one that satisfies a form of godliness and also satisfies our earthly senses. Our best answers, the right answers, lie in God, and his answers are laid out for us in the bible. This is best received when we are in prayer, as in Philippians 4:6-7. “… in every situation, by prayer and petition, with thanksgiving, present your requests to God. And the peace of God, which transcends all understanding, will guard your hearts and your minds in Christ Jesus.”

When we are in communion with God, the answers we receive are more palatable, which really is another way of saying, these are the answers that provide us peace. If our answers aren’t coming from God, or we aren’t in communion with God, and we are seeking an answer we want to hear more than what is best, then the peace we are seeking is elusive, and we will continue to ask everyone we know and search the Internet high and low, for the answers we want. Answers I’ve received from God have been heartbreaking, yet I had peace that it was right.

Parenting has been hard. The difficulties are magnified in a broken family when parents don’t unite. I have friends who have solid structures and they face the textbook difficulties of parenting. But there are other levels of hard that aren’t of the mainstream parenting textbook. I have combinations of friends, some married, some divorced, some with good relationships with their former spouses, etc. and the difficulties among everyone are varied. But what is certain is that the painful parenting is a different kind of hard.

Our first tendency is to retreat from a child who is hurting us. Maybe our child is lashing out in anger and saying hateful things, or maybe he is rejecting or dismissing us, or possibly betraying us. None of us responds well to any of that. It can be excruciating. Because of our deep love, we agonize over it. Our natural tendency might be to give him space, as a disguise to give ourselves space from the hurt. “I’ll give him space. I’ll give him all the space he needs,” a friend considered one day.

I might have considered that for a millisecond. My reaction has been more along the lines of another option: to lash back. To convince my child that they are wrong. I’ve got a lot of ammunition ready to right this wrong and in my longing to make things right, my cartridge is fully loaded.

Depending on the personality of the child, both of these reactions can work. But personality and environment are everything in regards to interpersonal dynamics. What works for one set of people may be explosive for another set.

In that explosiveness, there’s lingering shrapnel. It can be removed, but it takes time. In the meantime we’re left with wounds that can debilitate us if we aren’t intentional about recovery. I don’t want to be debilitated as a mom. Without a partner to back me up, it has felt as if my credentials were tossed in the trash can with my marriage, as if suddenly my parenting authority had been revoked. It feels like that, but I know that in spite of our marriage being dissolved, I am still my kids’ parent. I am still mom.

In that role I want to convey truths and I want to do it in love, even when I anticipate that I will be rejected in my effort. Timothy Keller calls this strategy “performing a surgical strike.”

It means getting in close, knowing it will hurt, and absorbing the pain.

That is the hard stuff in being a parent. Being that person who teaches them when we see them making a bad decision, starting down a wrong road, or just causing them to consider a juncture they’re about to take. I think about some conversations I’ve had with my kids. Recently my daughter and I were at odds about something, and I told her that we all need that person who causes us to ask ourselves, “Is this the best decision?” When we want to be self sufficient and independent, that question might feel like a reprimand, when really it’s a blinking light that causes us to reconsider.

Like surgery, I know there are times when my words are going to hurt, that the patient is going to flinch, and the reaction could be anything from a tolerant acceptance in the moment, with a delayed painful reaction later, or it could be a roar, rejecting any effort I make. On more than one occasion you have probably said, “Parenting is hard.” It’s especially hard when we’re performing a surgical strike. And when you’ve got no back up? UGH!

This is in essence what God showed me a few years back. This is what he did as our father. He lived in truth, he did the hard stuff, and He absorbed our pain.

As our kids become young adults, our parenting is different. But they still need us. Everything in our society says they are adults when they’re 18. That message kind of drives me crazy. Our brains aren’t fully developed until we’re about 25 years old. We give them the title of adult, but they aren’t living the life of an adult in the truest sense. In the book Age of Opportunity, Laurence Steinberg urges us to not give up our efforts to teach and influence our kids. He believes that in the time before their brain is fully developed we have a unique opportunity to help steer them. We are not done when our kids turn 18.

Our kids have a way of evoking anger in us. It’s no wonder this topic was included in Tim Keller’s sermon about anger. It’s really really good. I hope you’ll listen to it!

A few pictures of my place in Cannon Beach at the McBee Cottages during my three day business trip. These cottages are super cute! 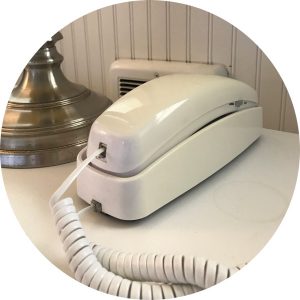 Trimline phone…even has an old fashioned coffee stain next to it. It’s a clean coffee stain. 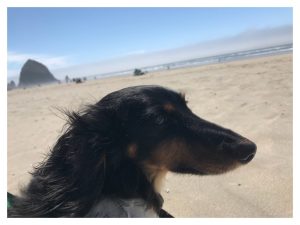 Winky had never been to the beach. He looks pretty, and is happy to sit with me, but he’s a scaredy cat, so I had to carry him down! 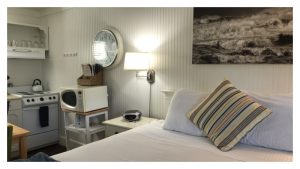 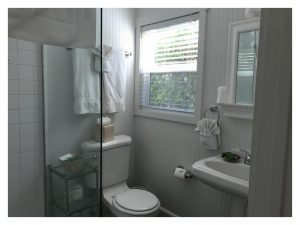 Day 1 of My Twelve Mugs of Christmas

A Lily, and Horton Hatches an Egg

Grateful for a Landing Place