I was so stressed over the exterior paint color decision.

Not just the color selections, but the time it took. Back and forth to the paint store, driving by houses for ideas, scouring the Internet, paint samples on the house (cleaning the brush in between each color). I am so glad it’s done. And what a relief; I love it! 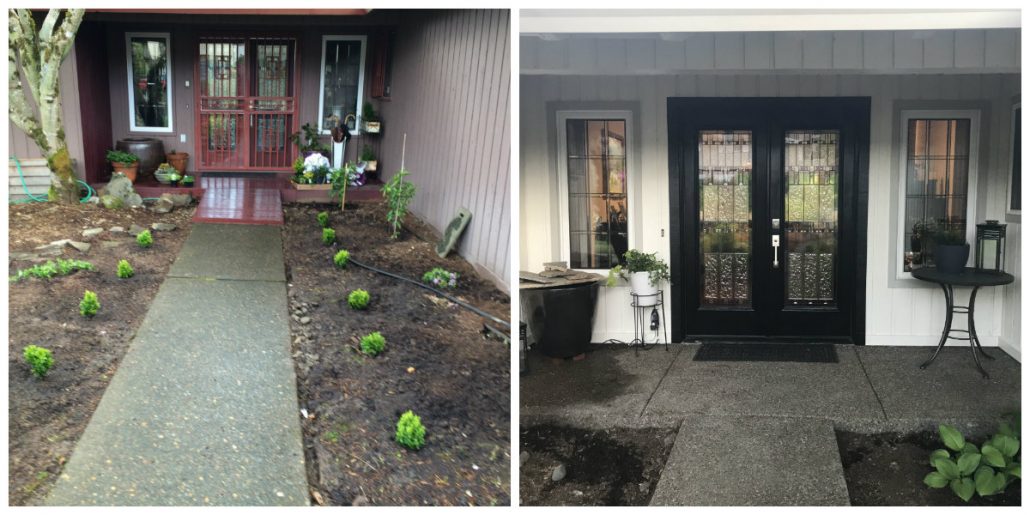 These pictures could be better, but it gives you an idea. I wish I could have been more accepting and appreciative of the faded burgundy, the wooden porch with a wheel chair ramp, and the security door and window coverings on this house. I am truly grateful to God for all He provides to me. But I found myself asking Him for forgiveness, because I really disliked some aspects of the house. I am an ongoing work in progress. I love this crisp shade of white, with grey and black. It’s like Cinderella’s gown change, except it didn’t happen in the blink of an eye. The accessories on the gown still need some work, but if I wait to post until that’s done, by then the house could be ready for a new paint job. 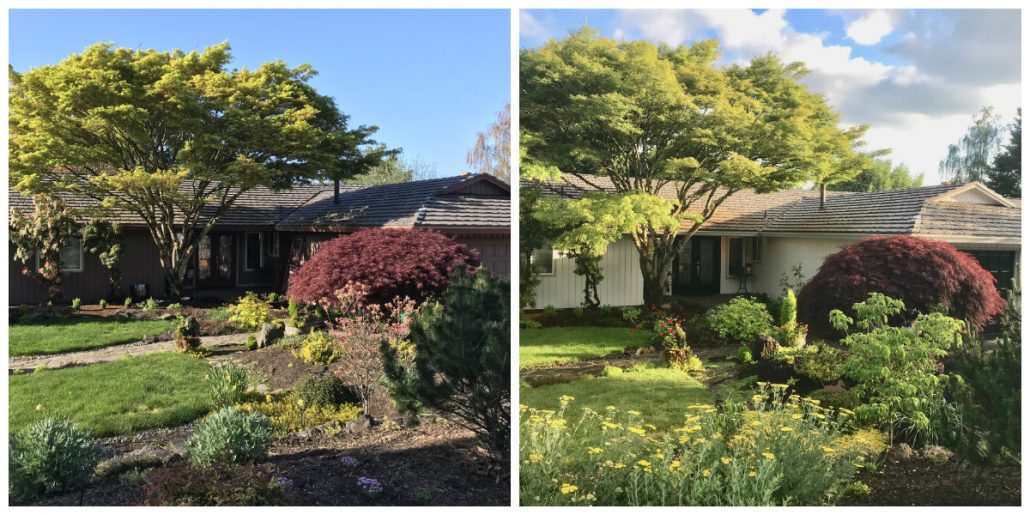 The actual colors are Sherwin Williams:

Speaking of new accessories, in looking at these pictures I’m reminded that I need to get new house numbers and a new doorbell.

The guys who did this were so conscientious in everything they did. I might have mentioned that I have a crush on the main guy. It’s his care and precision that caused my heart to flutter. After talking with him I would walk away and say, “I love you.” Of course I don’t love him, but I kind of love him. I’ve had a lot of people do work for me, and never has anyone been so kind and good to do work that exceeded my expectations (this excludes my friends’ husbands). I’ve had adequate workmanship, mediocre workmanship, and bad workmanship. I also had a project end before it was finished and my calls went unanswered. Only one other worker has been stellar in his work for me. It was actually a husband and wife couple. That task was difficult, but much smaller than this.

It’s a yukky place to sit when you have to ask a professional to improve on their work. That’s like asking a mom to do better at scheduling or making school lunches, or housecleaning. We do that every day, so someone pointing out that we didn’t put a piece of fruit in the lunch or we need to clean the toilet would be like, duh! But truly, I could write an entire blog on things I’ve had to address with workers. The handholding, the clean up, the things that anyone would think is part of a job, but because it wasn’t “part of the quote,” I was challenged. My guy (for lack of a better term) never put me in a position of having to point out a deficiency. He anticipated needs and proceeded to address them. When I questioned something, he wasn’t offended. He might as well have handed me his heart on a platter. He might have wrapped me in his arms and told me he loved me. I could have kissed him.

But, now he and the temptation to kiss him are gone. He was going to stain the fence when we had some dry weather forecasted and a break in his schedule. But I’ve decided that instead of paying him to stain the fence, I’m going to do it. I’d scheduled him to do this big project right after Christmas when the fence had fallen over and dry rot had been discovered on part of the house. Now it’s May and he’s slammed like all contractors. As much as I’d like him around, I’ll free him up from staining the fence. Plus, I’d decided that I can’t make a move on him because he’s probably at least 10 years younger than I am. And besides, I’d have to do research on “making a move” and I’m not up for another project; I have a fence to stain!

I’d love to share the number of the couple who did the small project. Email me if you want their name. Same for “my guy.” I just think you might have to wait awhile to get on his schedule.

Grateful for a Landing Place

The Little Notebook in my Purse
2 replies

Book Reviews and My Garden