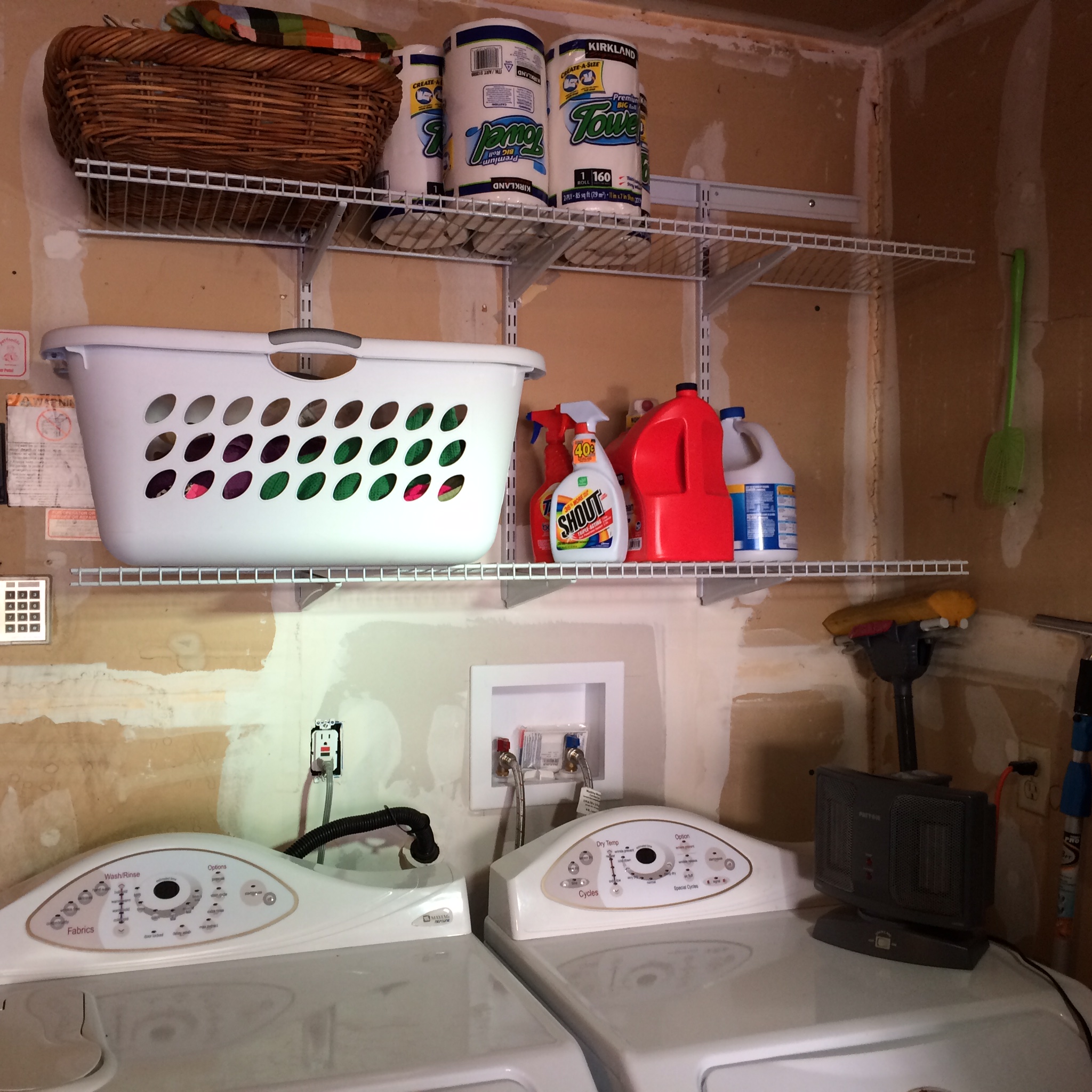 A new place for the laundry basket on the shelves my friend’s husband installed. 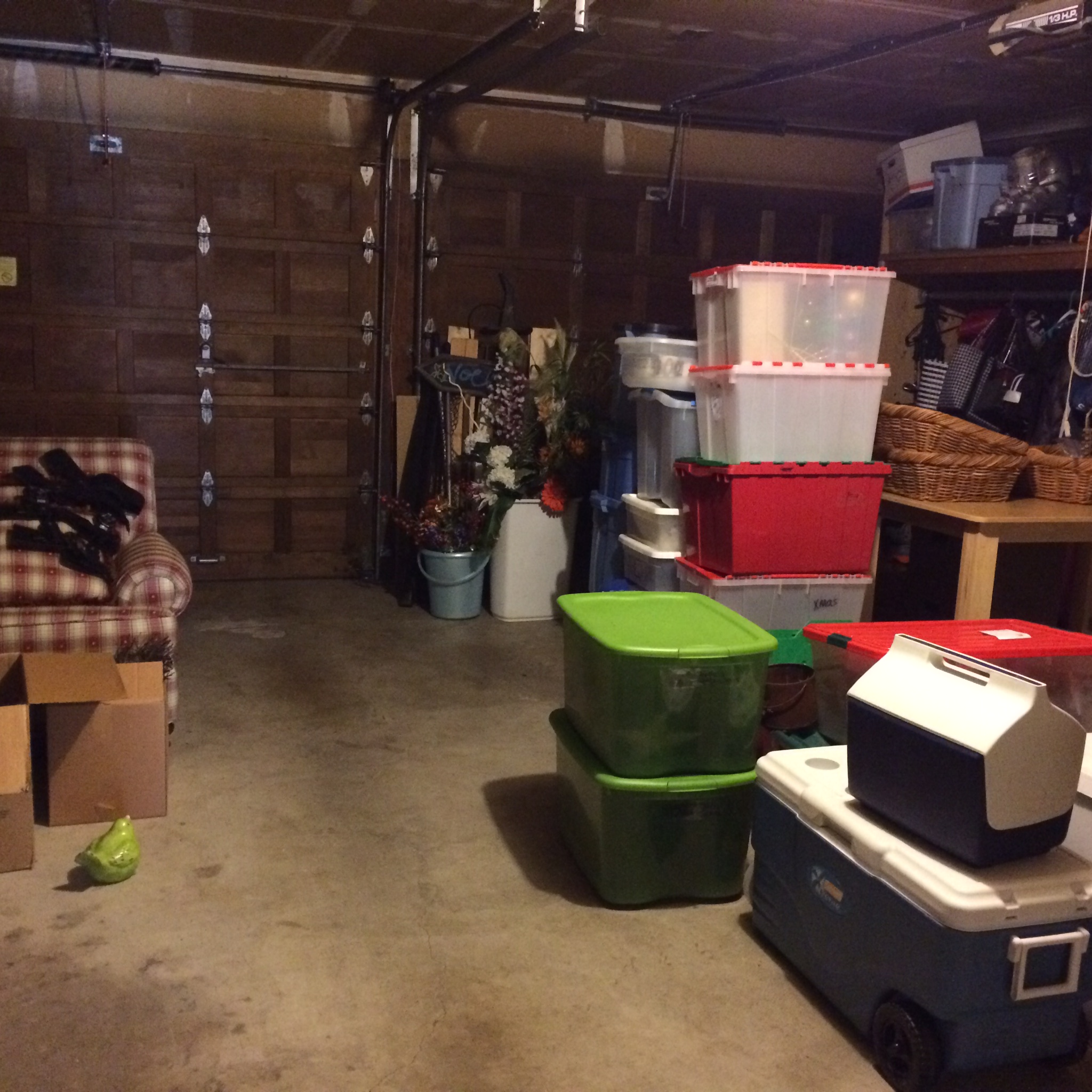 Oops. It looks like I took this pic prematurely. I see a bird that didn’t make it in a box. The buckets in the middle are Christmas, so they don’t count. They’ll go back into the attic.  However, I’m going to hold off until I get the ladders installed into the attic, next week.  Yea! Hauling the ladder that fits up into the attic back and forth from outside is a big pain.

Next up: Doggie Door is installed today.  Much of the impetus in having an organized garage is to create a home in the garage for the dogs while I am away. Also, right now the dogs’ primary in and out of the house is through the family room, which means a lot of outside traffic brought into the house, which drives me nuts.

A couple of months ago I strongly considered giving the dogs away.  The effort, responsibility, and money that goes into pets is huge.  I considered the constant responsibility of their well being and my own.  The amount of money being spent on just home maintenance around the dogs was increasing: The furniture, the back yard being made secure, the carpets being cleaned, and now the doggie door. It’s a big chunk for a single person wanting to create a home and focus on a job, not to mention the primary responsibility of one’s children.  Deciding on the doggie door in the garage is my commitment that I have decided to keep them.  As much as I wanted to shed the responsibility of the dogs, every time I considered the unpredictability of their future if I let them go, I cried. They are staying.  But owning a dog isn’t something I recommend, unless you have people in your life who are frequently available to help out when you’re out all day, and basically want to take over for you.

The Christmas mugs are out, and a favorite part of my day during the holiday season is choosing one of my coffee mugs. 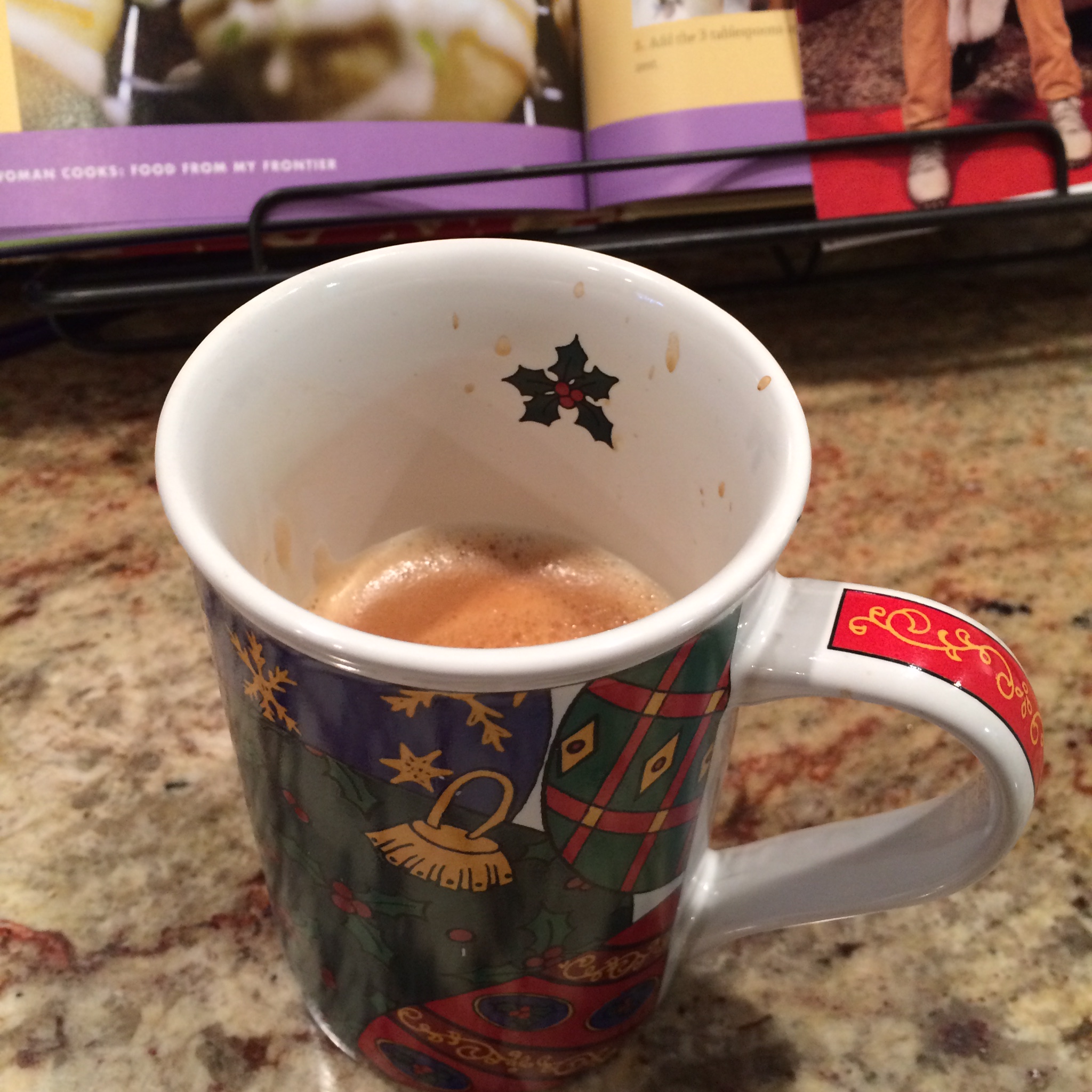 Ignore the splatter inside the cup. That happens when the Verismo splashes up on the sides.

Last night was the Football Banquet. It was long.  I love listening to the coaches talk about the various kids. They only talked about Varsity, so there was nothing about Bradley, but I love it, anyway.  I think I’m in the minority because as we walked out, I heard comments like, “Man, that was long.”  One coach got really choked up as he talked about one of the seniors who got injured and was cheated out of his senior year.  Granted, not all coaches are as expressive. I soak that stuff up.

For the banquet I assembled these little cookies. I didn’t have much time for much else. 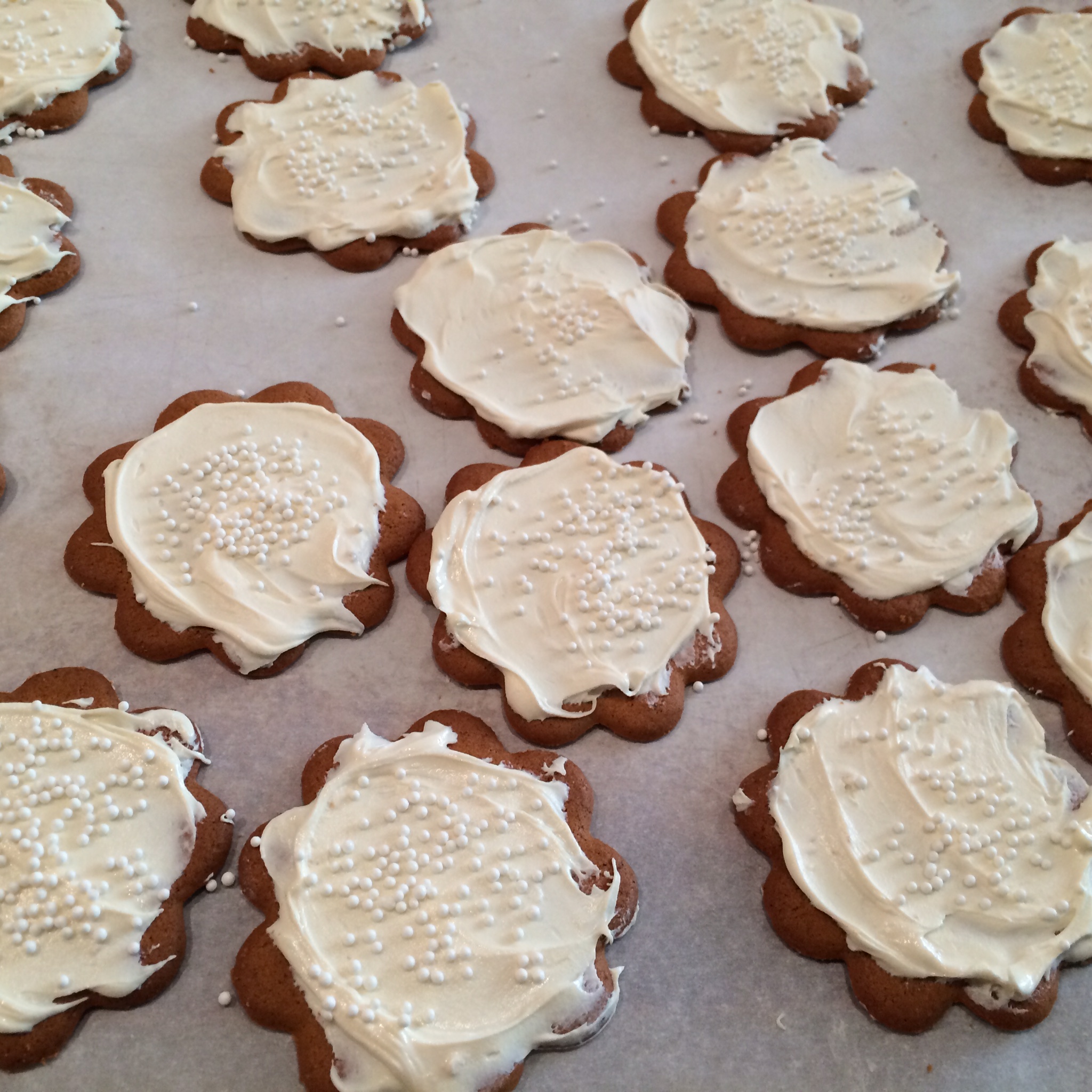 I submitted another resume yesterday. I haven’t heard back for an interview from any of the resumes that are outstanding right now. I’m doing my best to embrace where I am, keep my productivity up, so when I’m called on, I can move forward knowing that home is in a relatively good place.  It’s not so easy, but it’s my strategy and I’m sticking to it.

What a Relief. I Love It!

We Officially Own a Home